I have a dream today.

Wow, what a dream it has been for Martin Luther King. But the changing world seems telling me that people gradually get their dreams lost somehow in the process of growing up, and sometimes I personally find myself saying goodbye unconsciously to those distant childhood dreams.

However, we meed dreams. They nourish our spirit; they represent possibility even when we are dragged down by reality. They keep us going. Most successful people are dreamers as well as ordinary people who are not afraid to think big and dare to be great. When we were little kids, we all dreamed of doing something big and splashy, something significant. Now what we need to do is to maintain them, refresh them and turn them into reality. However, the toughest part is that we often have no ideas how to translate these dreams into actions. Well, just start with concrete objectives and stick to it. Don’t let the nameless fear confuse the eye and confound our strong belief of future. Through our talents, through our wits, through our endurance and through our creativity, we will make it.

Let’s stand up from where we fall down

All the celebrations welcoming the new century were hold in the year 20xx, because life without a greeting is like the sky without the sun.Greetings are very important for the whole world,in my opinion.

But I don't know whether greetings are enough for us.Especially when we meet with failures .I remember quite clearly that when I was a child,if I fall down and was on the brink of crying,my father always told me"Please stand up from where you fall down!"

Yes,we must stand up from where we fall down.

That was a special mid night in 1993.Expectations filled our hearts.

We stared at the TV,hoping excitedly as the voice would fly to our ears.

But at last,each Chinese who loves our motherland was distressed to know the result:Beijing ,lost to Sydeny by a margin of two votes in the Olympic hosting competition.

Eight years have past,but the frustration has not healed with time at all.

Now,at the begining of the new millennium,all of the pride and disappointment of the 20th century had gone with the wind. The 21st century,which is full of hope,longing znd thought has come. Someone said,we would start from zero on.

Should I really start from zero on?

No!I hold that we should go on with our efferts and ambitions stayed by last century,and make our life better.

"New Beijing,Great Olympics!" The voice cries this out around China's captital,a 3,000 -year-old city these days.

Beijing,along with Paris,Istanbul,Osake and Toronto,has been shortlisted by the International Olympic Committee as an official candidate city for the 20xx Olympic Games.

This is Beijing's second attempt to host the games.

Everyone fully supports Beijing's bid for it.

Maybe,we can paint fences along the main roads of Beijing.

Maybe,we can make much of yhe city cleaned up.

Maybe,we can learn and speak basic English idioms and expressions for daily communication.

But,but are they just enough?

Facing the new century,mankind is driven by the revolution of science and technoiogy,world economy is undergoing broud and profound changes. But nobody can deny the fact that compared with developed nations,developing countries are confronted with more pressure and challenges.In order to become famous in the world,we must speed up our international economic restructuring to catch up with industrialized nations.

Supporting Beijing's bid is a systematic project that can support China'sdevelopment efforts.

I believe the new century is an era of learning ans teaching,and lifelong education has become one of the main trends in the future developmet of Chinese society.

I believe that,on July 13,our dream of Beijing's Olympic bid will become true.

Because to millions of Chinese,for China to have the gloal respect and support that she deserves is not just a dream.

It is a part of our very souls.For we are not only equal members of our motherland, China,but we are also equal contributors to the world as a whole. Let us stand together,all nations in Beijing,in brotherhood,friendship and peace, in 20xx and forever!

It’s my great honor to stand here to share my speech with you. Today the topic of my speech is: The Pursuit of Dream.

Now let’s think of our old days as we were students in primary schools. Have you ever remembered that the teachers often ask questions as “what’s your dream?”, or “what are you want to be in the future?” and what’s your answer in that childish and fantastic age? Has anyone of you answered like this: “I want to be a painter”, or “I want to be a scientist”, or “I plan to be a police”?

A few years later, we start our new journey of study in high schools and become mature and practical in our mind. Then, have you ever changed your dreams? If so, what’s it?

But now, I think, most of us become down-to-earth and the dream is more practical than before. However, have you taken actions to pursue your dream? Are you working hard enough to make your dream come true?

As for myself, I have dreamed to be an excellent police in high school due to there are so many thefts in my hometown while they are seldom caught. Sooner I have realized how ridiculous am I and now I turn to realistic: I just want to be a translator.

How do I pursue my dream?

First of all, I try my best to correct the pronunciation and read the textbook or other English magazines such as: English weekly, English salon and the like. I try to do this day by day. Now I have improved my reading ability a lot and it also enlarged my vocabulary.

Secondly, I often do some translating extension and embrace my teacher’s suggestion. It benefits me much.

Last but not the least, I realize my dream by reading Chinese literature. Maybe you will say it’s what the Chinese major students should do. If you say so, you are badly wrong. For as an English major student, how can you know others well if you even don’t familiar with your country? On the other hand, it also benefits me in translation and writing.

In a word, I have already working in my dream. What about you?

That’s all. Thank you. 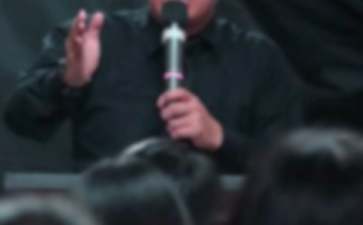